( What does Jinhwan find in the Livingroom? Exactly what he hopefully would expect at this point, several more toys from Toy Story resting on a shelf near the television, with another page of dialogue taped to the shelf. There's Angel Kitty, Trixie the Triceratops, Mr. Shark (who wears Woody's cowboy hat proudly on his head!), and Wheezy the squeaky toy penguin. Could they also be part of the carefully fabricated plot-line of this adventure? ) 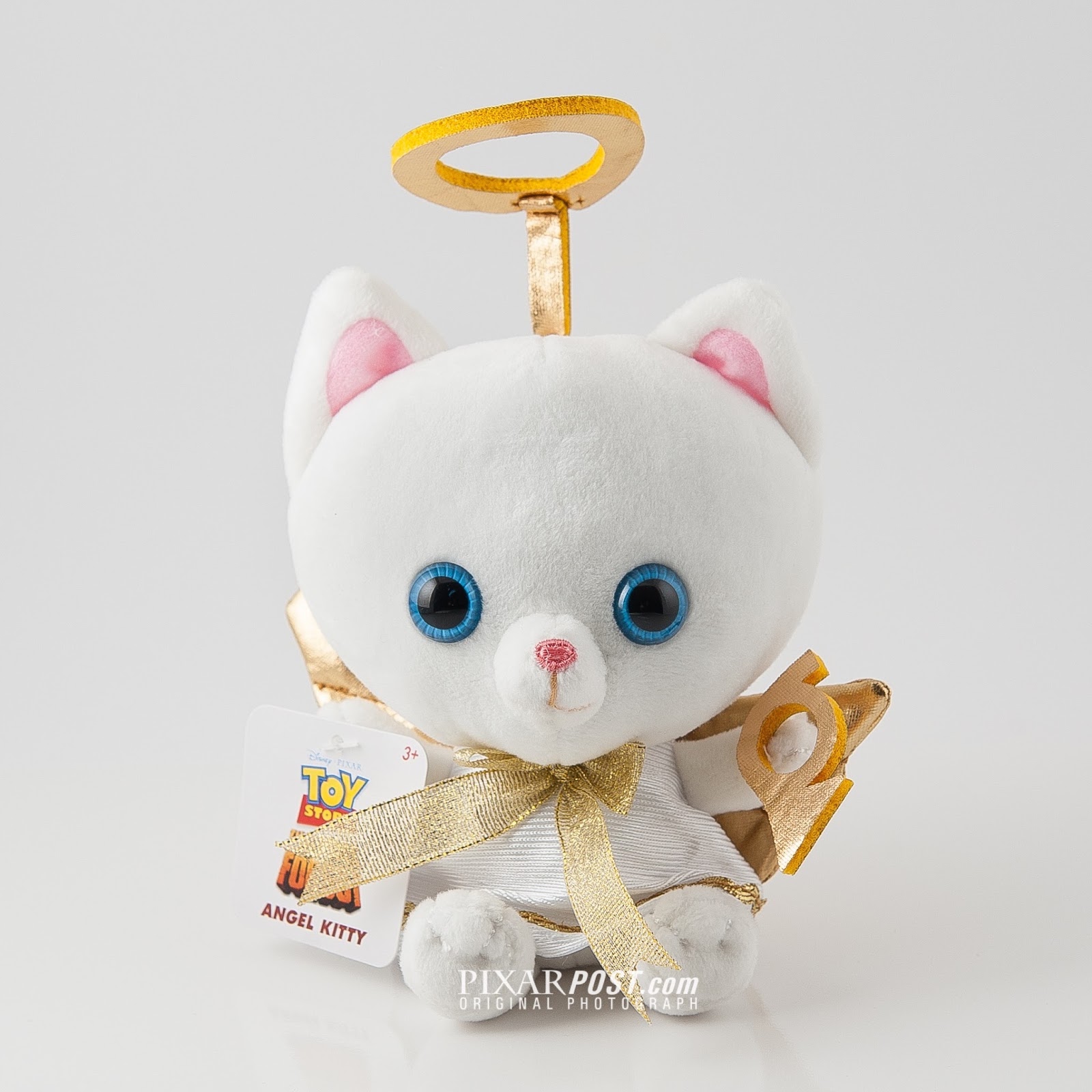 ANGEL KITTY: If leadership has fallen away, you must find it again within your own heart.

TRIXIE: Aww, Angel Kitty... Are you really sure we have to do that? Woody will be back! He promised to take Rexy and me back to Mason's house to play with all of the other dinosaurs! Maybe he is just setting up that load of fun!!! Maybe we're gonna have another playdate! I really want another playdate! I miss it there, do you think we'll go again soon? I didn't make friends with all of them yet!

WHEEZY THE PENGUIN: /interupts/ But what a-*queak*-re we gonna do?! I ne-*squeak*-ed him to h-*squeak*-elp me calm down! *squeak*

TRIXIE: There there Wheezy, why are you all worked up in the first place?! We can help!

TRIXIE: Ah... /sigh/ I can't believe he left his hat behind...he wouldn't do that, right? I've never seen him without it before! Well, I mean I've seen it off of his head but then it's usually in is hands so it doesn't get very far away from him? Is anyone looking for him? Do you know? Do you?

MR. SHARK: Well, I only got the hat after Sarge was done with it... /sad shark/

TRIXIE: SARGE?! Why did he have it?

WHEEZY: Oh! I know...they were sayin' Jess-*squeak*-e had it. I heard them all arguing and yelling, it was awful.

TRIXIE: But she wouldn't...would she? She wouldn't get rid of Woody! They're so close! She's practically another sheriff!

WHEEZY: That's what they were say-*squeak*-in'...She wanted to take his place!

MR. SHARK: Didn't sound nice when they were taking her in. Hat was the evidence!

KITTY: The prosecution will rest when it stays at rest, and will stay motion when it is in motion.

KITTY: In the largest room of dream and rest, decisions of fate come to pass.

TRIXIE: I think Angel Kitty's broken...but, I'm worried...what do we do?